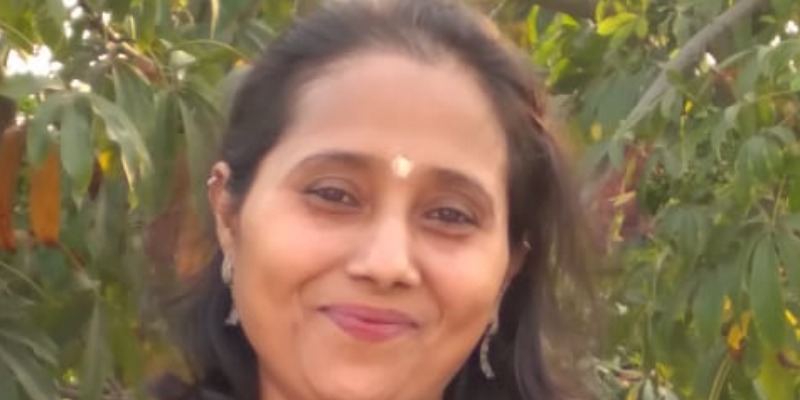 If She Can, You Can: Cancer Recovery Story-Nature Cure Based Healing from Colon Cancer

Moumita Chowdhury Sarkar came from a loving family and was living a normal life till a diagnosis of colon cancer shook her world and changed her as a person. Battling odds, family tragedies and multiple rounds of chemo, it revealed her inner strength, the importance of faith and loving people who were there for her. Read her inspiring story of resilience and courage. Moumita Chowdhury Sarkar 36 years, Housewife Kolkata It was the first day of 2019. All of us at home were preparing to welcome in the new year. I noticed a slight back pain which, by the next day, had moved to my lower abdomen. I ignored it, charting it up to period pains. However, within a day, I started looking very blood drained and pale. I felt nauseous and lost bladder control. My concerned family immediately rushed me to the hospital and numerous tests were done but the problem was unclear.  By  6th January, it had gotten so bad that no hospital wished to take me in. My husband was runni 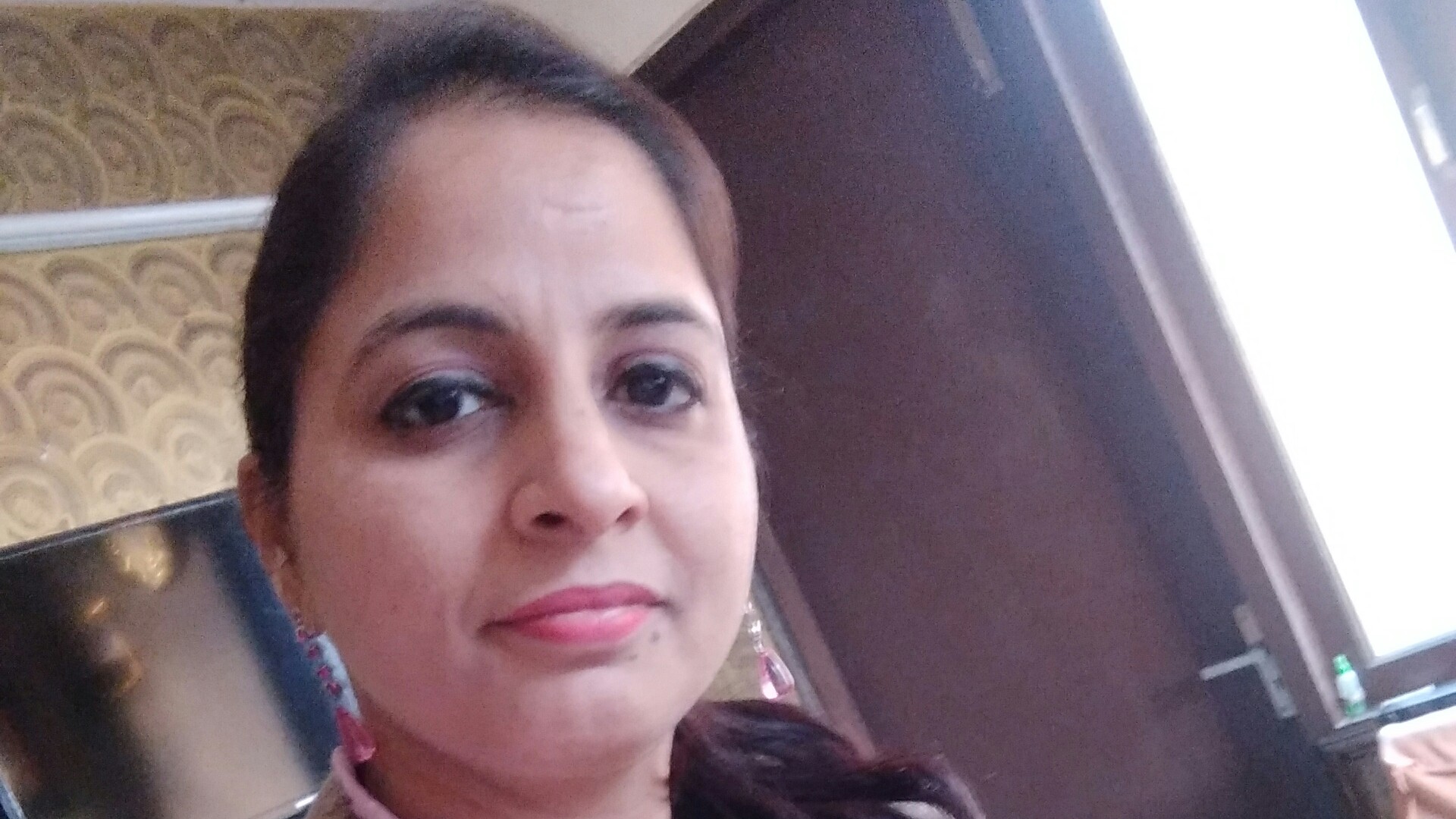 Priya was diagnosed with Cancer in the uterus in 2016. Post her uterus removal surgery she got a tumour in her liver. Later, in 2018, she experienced severe backache, hair fall and weight fluctuations. Her doctor recommended a spine surgery but she wanted to cure herself permanently and naturally. She opted for the path of naturopathy & what happened is nothing short of extraordinary. Read on to find the complete story. Priya Bhayana 37 years, Housewife Delhi Cancer in the uterus It was the beginning of 2016 when I visited my gynaecologist for a routine check-up. I was worried about my increasing weight and also wanted to find out if I could conceive one more time. But, the ultrasound reports suggested that I had a lump in my uterus. The treatment was started immediately for the next 15 days. After this two-week-long treatment, instead of feeling better, I experienced heavy bleeding. I revisited my doctor, and after another ultrasound report, I found out that the lum 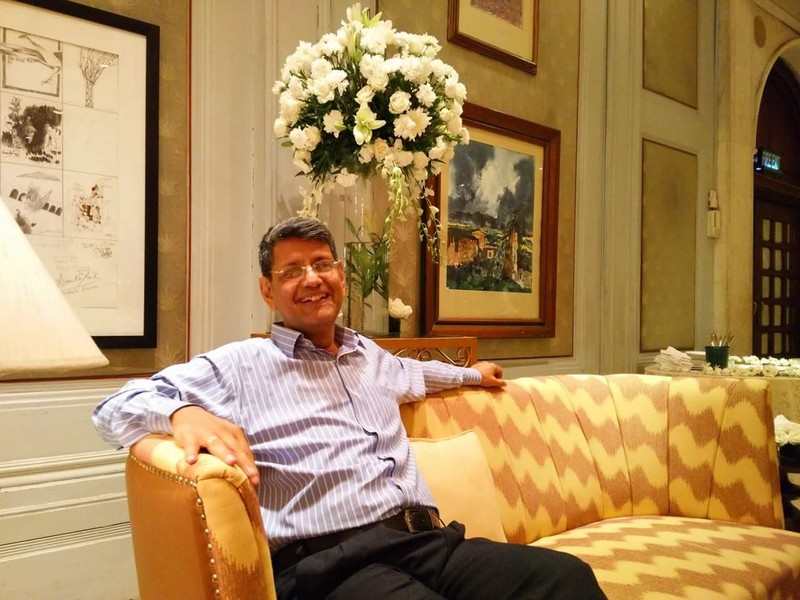 My breast cancer journey & freedom from a plethora of health issues 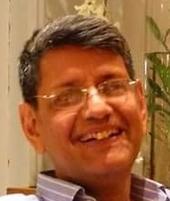 Diagnosed with a rare occurrence of male breast cancer in 2005, Satish was looking for ways to cure himself. He learnt about the healing powers of food through inspirational people on the internet. He made changes in his food choices and experienced transformation in his health. Not just cancer, all his long-standing health challenges were taken care of. Read his phenomenal story below. Satish Sharma 64 years, ex-IndianEconomic Service, ex-Indian Audit & Accounts Service, Musician & Health Coach Delhi Losing my mother My first exposure to chronic ailments was when my mother was detected with stage-3 ovarian cancer in Dec' 2001, at the age of 71. She was put on the conventional allopathic cancer treatment. We desperately tried looking around for other options because her condition was deteriorating, but we couldn't find much help. In less than 2 years, in Aug 2003, she lost her battle for life. My mother was a beautiful person. Losing her was a big emotional 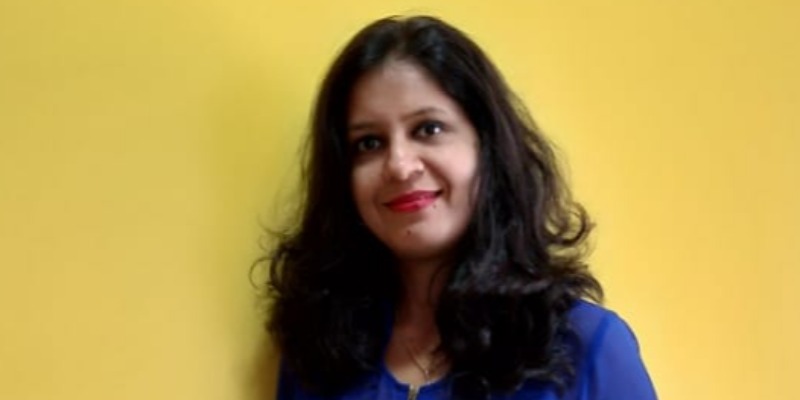 How I healed from breast cancer, courtesy Nature Cure

Nisha was sceptical about her health from the moment she began to feel a lump in the breast. She consulted the doctor who advised her to go for a biopsy. The results of the biopsy shook her as she was diagnosed with grade 2 malignancy in the breast. She did not want to give in to chemotherapy and decided to find a natural solution to her problem. Read her full story to know more. Nisha Koiri 46 yrs, Director Sales at Bholanath Precision Engineering Pvt Ltd Mumbai How I was diagnosed with Cancer I had a lump in the breast for some time. I had done mammography regularly and biopsy earlier too which had come negative, however in May 2016 the size of the lump felt bigger so went for mammography on my own & the result came as Birads V. This was a sign of breast cancer. Later, the gynaecologist sent me for biopsy and the report came 2nd grade ductal invasive carcinoma i.e malignant that is cancerous. My doctor advised that I do immediate surgery & start with the chemo 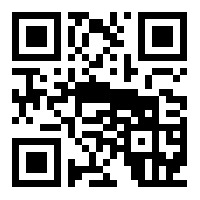 Welcome to The New Year On a Healthy Note! Learn 7 New Micro Habits For Macro Benefits BOOK NOW @ INR 499/- (Early Bird Price) We tend to wake up at the same time each day, brush our teeth, have morning coffee and commute to work, following the same patterns every day. Think about an activity that took you a long time to learn, like how to ride a bicycle. At first, riding a bicycle was difficult and you had to devote a lot of mental energy to it. But after consistent efforts, you grew comfortable with cycling and it became much easier — almost habitual.   Sometimes it can be hard to form new healthy habits especially if you want to stick with them for the long term. However, it is not impossible.  This program focuses on building 7 Healthy Habits over a period of 21 days to make you healthy, efficient and productive. It is designed to be fun, and fast-paced like a game, with guidance from experts at every step to overcome challenges and accomplish pers 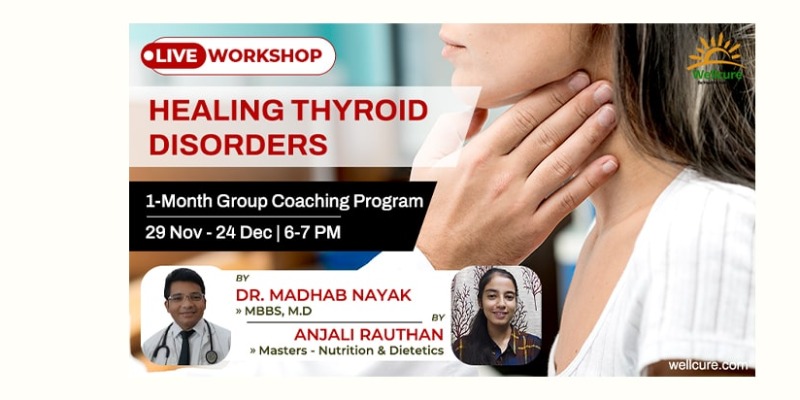 Natural Treatment for Hypothyroidism, Hyperthyroidism & Other Thyroid Problems Dr. Madhab Integrates Medical Science With Evidence-Based Holistic Healing Methods To Reverse Diabetes & Stop Medicines  BOOK NOW @INR 2,000/- (Early Bird Price) You Could Be Having Thyroid Imbalance, If You Are Experiencing Any Of These Symptoms: Anxiety, Irritability & Mood Swings Losing or Gaining Weight Swollen Throat Muscle Weakness Irregular Periods Fatigue  This Coaching Program Will Help You Overcome All Of The Above Symptoms Reversing thyroid problems means removing the root cause of thyroid problems from your body so that it heals and gets back into a balanced state. It involves stabilizing TSH, T3 & T4 levels, maintaining a healthy weight, and relieving other symptoms of thyroid. In this program, you will work on cleansing your body of the toxins that lead to the development of thyroid issues, through 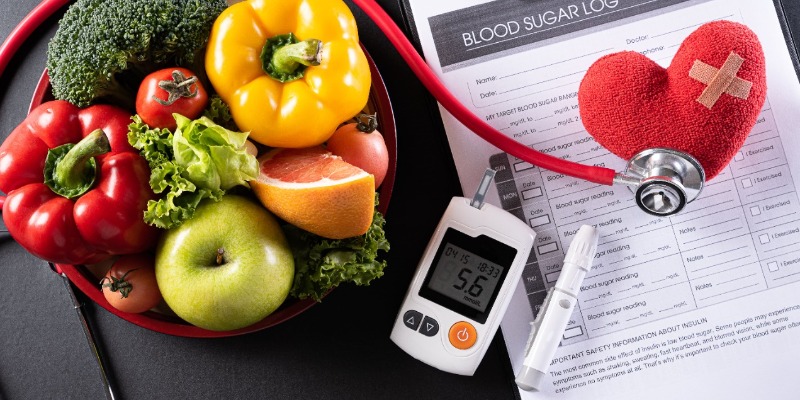 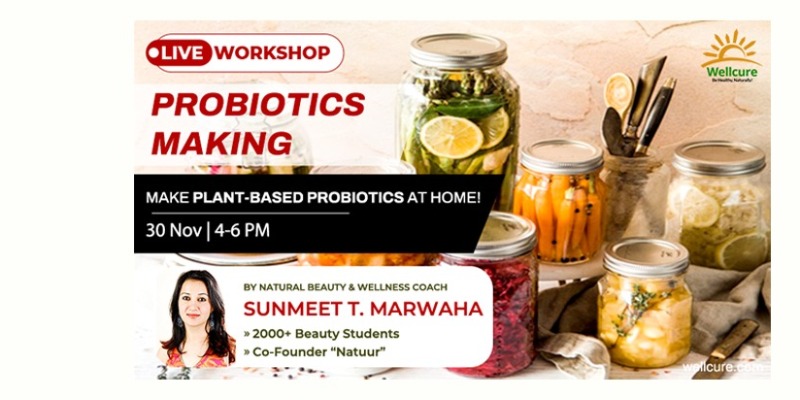 YOUR GUIDE TO ENHANCING IMMUNITY AND GUT HEALTH  LEARN 13 PROBIOTIC RECIPES WITH DETAILED DEMONSTRATION BOOK NOW @INR 679/- (Early Bird Price) Put your creativity hat on and get ready to ferment your food! Join this program to learn the art of fermenting. This festive season gift yourself and your loved ones nutrient-dense fermented recipes and benefit from the innumerable health effects of these probiotics! The age-old practice of fermenting foods is the simplest and most natural way to multiply beneficial bacteria in your gut and promote health. Moreover, fermentation elevates the texture and taste of recipes and gives them a unique flavour.  Your gut is home to over 100 trillion microorganisms, which, according to recent research, has a profound effect on your health. Your gut bacteria influence your metabolism, immunity, and also determine the risk of cancer and other metabolic ailments! Why are fermented foods beneficial? Raw foods ar 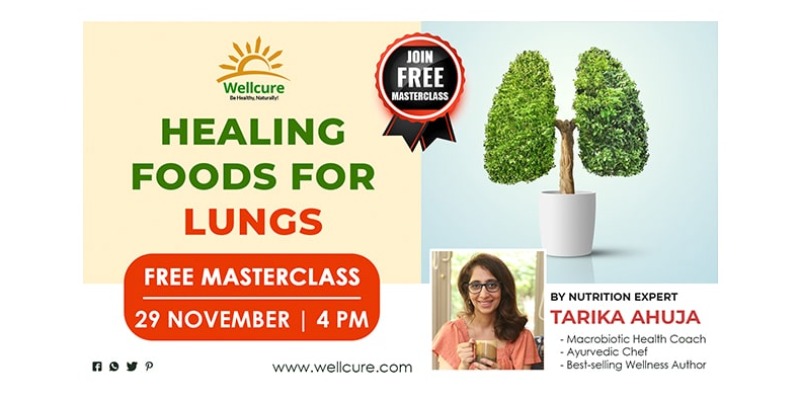 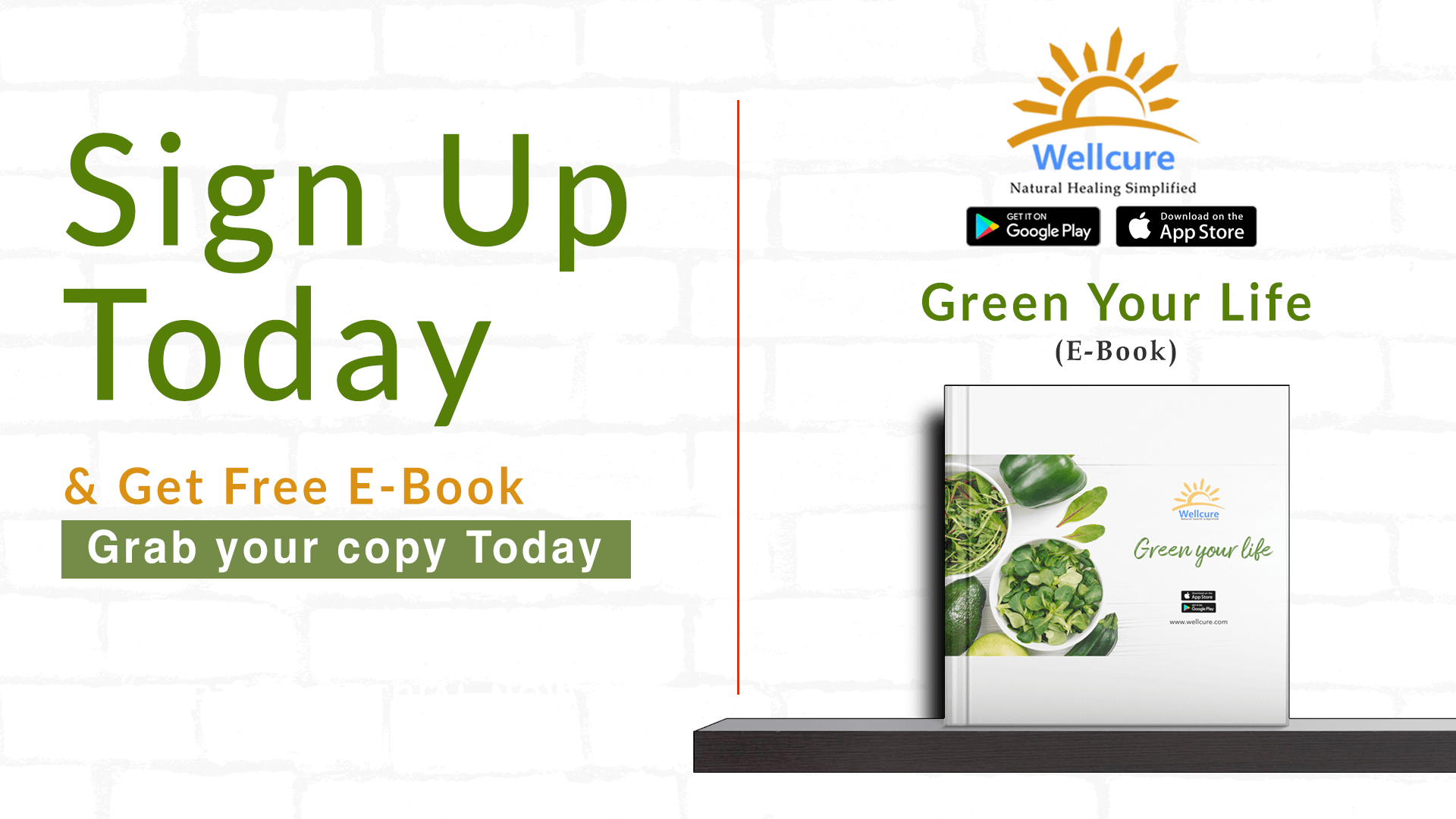